The Holidays – Crispy Brussels Sprouts with Fried chili and Garlic

The Holidays – Crispy Brussels Sprouts with Fried chili and Garlic 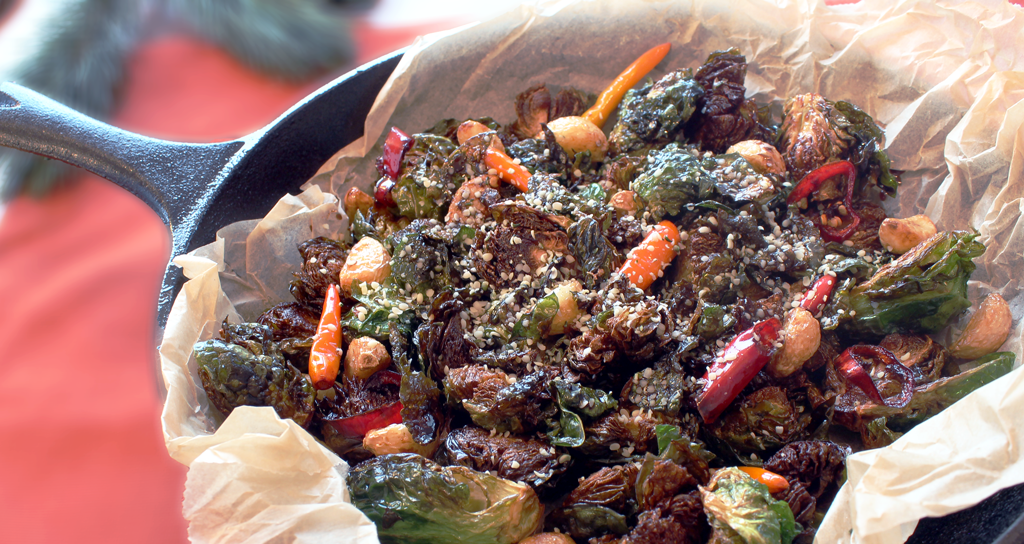 It’s holiday season and we’re doing Brussels sprouts. Let’s move past childhood horrors of questionable aromatics, and give thanks to the cooks and chefs out there who have been doing some pretty transformative things with these green globes. Lots of us have been fans of the shaved Brussels sprout salad, or the combo of chestnuts, bacon and Brussels sprouts sizzling in a skillet. My latest favorite, though, is giving them a light steam and then plunging them into the depths of hot oil. 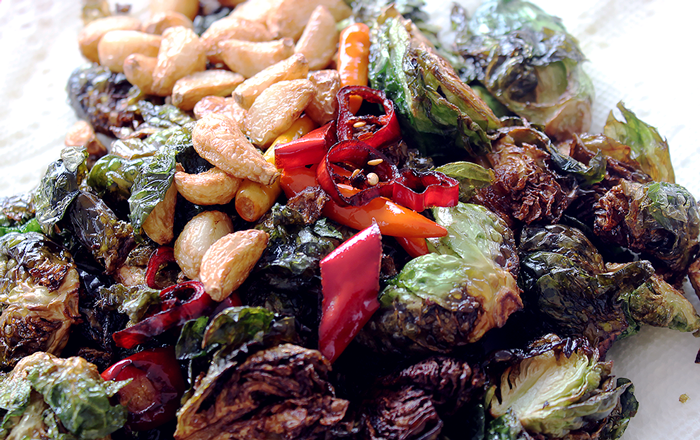 I don’t remember when and where I first had this deep fried version of the dish, but it was spectacular. I don’t think things are better just because they are deep fried— but in this case, there is a purpose to preparing them this way. First, I cut them in half for maximum surface caramelization. Then, I create a small incision partway down the sprout and lightly loosen the layers like flicking through the pages of a book (think peace fingers lightly separated). And that’s the magic: these Brussels sprouts become aerated and echo the sentiments of fried artichokes while being lightly sweet and smoky. Since we eat turkey in our home at Thanksgiving and X-mas, the kids and I are often seeking something that pops to wake up a spread of slow roasting. It’s for these occasions that we reserve our fried Brussels sprouts. Try them with whole, fried bird’s eye chilies and garlic and then dress in a caramel-savory dressing of kecap manis and sesame oil.

One little tip: after steaming, dry the sprouts between paper towel to avoid aggressive spluttering. Frying them can sound alarming but that noise will settle after a few seconds! 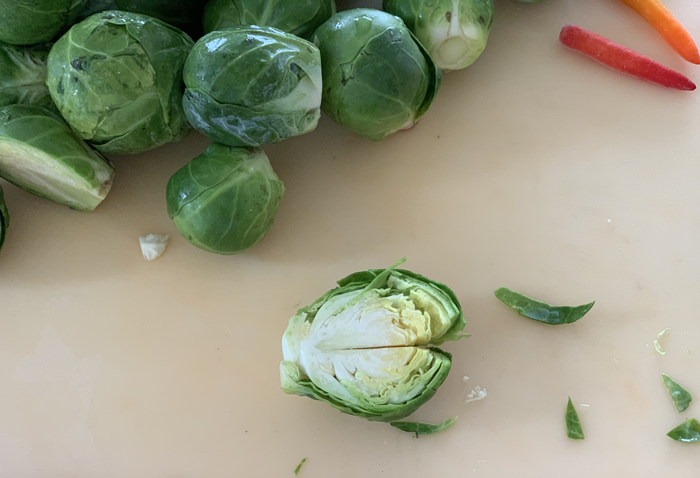 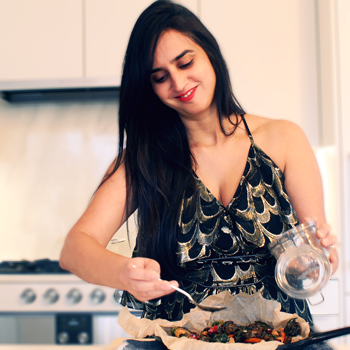 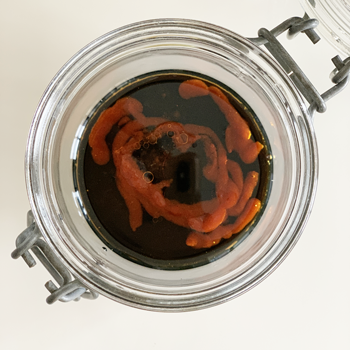