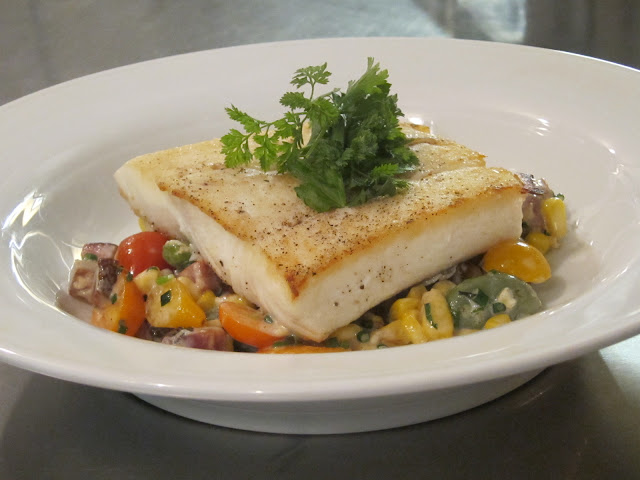 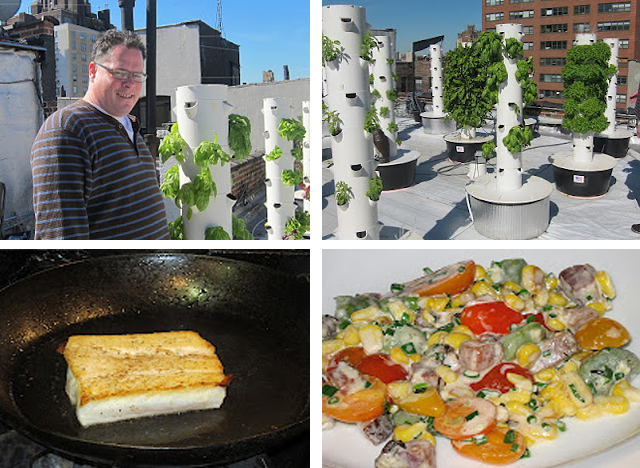 This month, I was invited to John Mooney’s restaurant at Bell, Book and Candle. I met him at the FRIED event during the New York City Wine and Food Festival, where he humbly stood at his bare-boned table offering fried chicken and collard greens. Since I had been hopping from one fried chicken stand to the next, sampling the different chefs take on the dish, diminishing returns were kicking in and this was my eighth drumstick. I couldn’t lie, amongst the several that I had tried, this was my favorite. Neither seasoning-smothered nor oil- drenched, there was honesty to the taste and as I later learnt,the honesty was not just in the food.

John Mooney has an interesting story. With the respect that is earned by those who really ‘know there their stuff’, he was invited to India to open the countrysfirst ever organic restaurant ‘Pure’. Pure was launched at one of the landmark hotels in Bombay ‘Taj Lads End’. His clients included industry bigwigs, such as, Amitabh Bachchan, Shah Rukh Khan and Salman Khan. It would be fun to center this post on the Indian glitterati, but it has never been about fame or fortune for John.
As I waited for John at his restaurant ‘Bell, Book and Candle’, it was apparent that this was going to be a less conventional interaction. From the name of the restaurant (means ‘casting out of the Catholic religion’) to the 1950’s art hanging on the walls, it felt like something ‘alternative’ was on the cards.

Alternative it was. Without trying to be different and having conviction in what should be available to people, John has the most unique restaurant in the country. The menu at Bell, Book and Candle is simple and the flavors are very special. But this is no accident. The restaurant is the first in the country to source 60% of its produce from it’s rooftop garden, a term they coin, ‘roof to table’. Breathlessly climbing up 4 steep flights of stairs, John opened the door to an outdoor space filled with many aeroponic towers growing all kinds of herbs and vegetables from sage to tomatillo.

According to Mooney, the aeroponic system mitigates the negative effects of pollution as unlike soil, the roots are protected in nutrient enriched water. And the price? Mooney is definitely ‘on to something’ and it comes without the premium of price. His dishes are of mid-price range, because to him, this should be something everyone has the right to enjoy and not just a select few. His humble joint bears witness to all kinds of notables, who are left inspired and wanting to recreate this modern garden of Eden for their restaurant or community.

John is a chef that is anchored by his values, his desire to look out for his community in the West Village and the desire to put great food on the table. With the motivation of a home cook, one can expect the food to be outstanding, accessible and nurturing.

After hanging out at the front of the house, it was time to grab our aprons and go to the kitchen to make seared halibut served with vegetables and bacon sauté . With a slight nudge of the fork, the fish tenderly broke apart. It was a perfect meal with the sweetness of the corn, the saltiness of the bacon and the sweet and tart flavor of the tomatoes.

Corn puree (make ahead of time, you will only need 2 tablespoon, the remainder can be used as the base for another sauce or soup)

1) Sweat the vegetables, until tender
2) Add the bayleaf and thyme. Cover with chicken stock
3) Allow the sauce to reduce by ½. Add the milk and allow to thicken
4) Puree the vegetables and continue to thicken until it has the consistency of oatmeal

Cooking and Assembling the Dish

1) Heat a frying pan (one that isn’t non-stick) on high, large enough for the fillet of halibut, season the fillet with salt and pepper. Add oil to the pan and place flesh side down. Cook until it is almost done and then sear the other side. Repeat with the second fillet
2) In a separate sauté pan, melt a knob of butter on high heat, sauté the bacon, add the cherry tomatoes and fava beans, cook for a couple of minutes. Add the 2 tablespoons for corn puree and season with salt and pepper. Add the fresh chervil and chives.

Serve with a nice white, such as, Pouilly Sur Loire

To get a nice sear on the fish, make sure the pan is hot enough

My daughter loved the fish and the veggies (thanks to the bacon). so simple and so wholesome. Awesome.

I always try to complicate my preparation of fish andit still never works out. I like this recipe as it is simple and looks moist and deliscious—thx, Tania