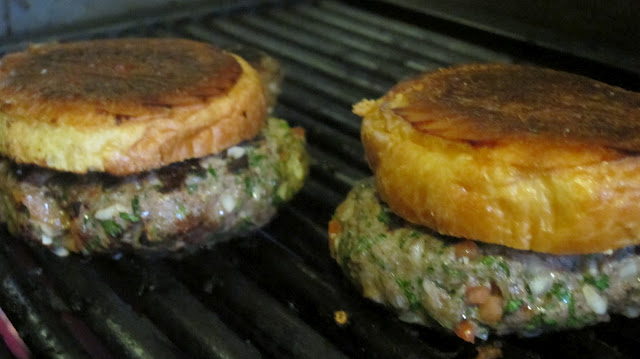 Over the summer, Passport Pantry’s Unsworn went through the kitchen doors of Le Souk. There was a lot of buzz around this North African gem filled with amber lanterns and tiny mosaics when it first opened in 2001. A few years later, the restaurant went through a period of discretion as it quietly reinvented itself.

The result of this recreation: An exotic menu with a sexy vibe and a sense of humor. How did bachelor and executive chef ‘Marcus Jacob’ pull this off? As I entered, I was warmly greeted by his business partner and wife, Lamia Jacob. There was my answer. Full of life, charm and wit, Lamia is the perfect ambassador of the Moroccan mystique. Marcus and Lamia create the restaurant menu and when they have a conflict, she reminds him that she is always ‘right’.

Despite the growth of their business, Marcus is a ‘hands-on’ chef and is as passionate today as he was when he started the business. The restaurant is fun and yet it’s genesis came about from a more serious observation post September 11th. After the attacks in NYC, Marcus became cognizant of a curiosity growing amongst New Yorkers regarding the Muslim culture. Through the medium of food, he wanted to demystify this seemingly obscure culture and he became very popular, very quickly.

Today he serves up creative Moroccan fares, such as, Moroccan paella and a tagine of duck with kumquat jam and toasted cumin seeds. As we went in to the kitchen, he revealed the recipe he was about to make ‘spiced lamb burgers’. With a vivid taste of the southern Mediterranean, the burger has a hazy flavor of cumin and nutmeg that is brightened up with a generous pinch of parsley.

Cut all burger ingredients as finely as possible but refrain from using the food processor as excessive moisture leaches from the ingredients.

Marcus strongly recommends cooking the lamb to at least medium. This allows the various burger mixture components to cook through, such as the tomatoes and onions.