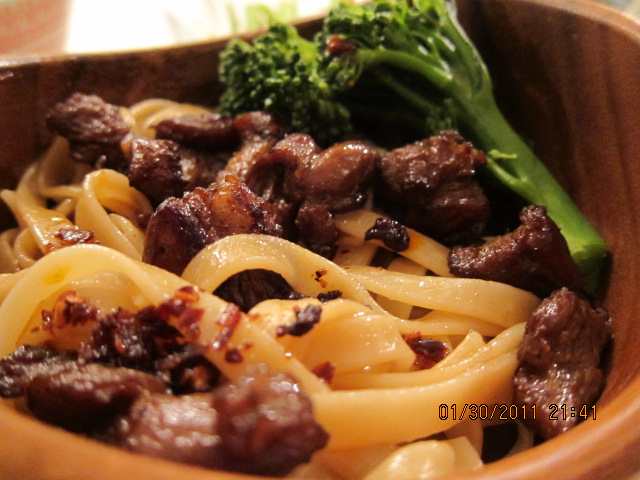 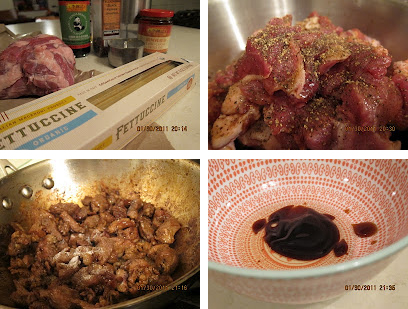 Jared, an old and dear friend of my brother’s, spent many vacations at our house in London during their college years (trekking back to Singapore for every holiday being far too excessive, even for the most well-healed of students).

Almost becoming a second son, my parents loved having him around because of his positive influence and intense focus on his studies. Hoping that my brother would pick up some of these good habits, there were frequent conversations of the type, ‘look at Jared….why can’t you be more like him….he works so hard’. So many evenings were spent with Jared studiously ‘revising’ and Sanjay busily ‘creating the mood to revise.’ Eventually their collective hunger pangs would take over and the two would head for the kitchen. It was here that Jared would fire up the stove and out would emerge these quick but enchanting looking Singaporean meals. Cuts of meat which felt unconventional 15 years ago yet now can be seen on the hottest menus in town (such as, pork belly and lamb neck fillet) are the types of meat he would employ. When Jared was here relatively recently, I tried desperately to obtain some of these recipes, but like most married men, he was suffering from ‘kitchen amnesia’. In fact he couldn’t even remember ever going into the kitchen!

I used to love the wok fried lamb over a bed of fettuccine that he often made. Luckily the taste was vivid and after much teasing and toiling of my brother’s memory, we finally nailed the recipe!!

The sweet, spicy and sizzling lamb over the sesame-oil-and-oyster-sauce fettuccine is a perfect combination. In fact even after developing a more seasoned palate, I still find the pairing with ribbons of thick and flat pasta a genius move!!

1) Marinade the lamb in the soy sauce, sesame oil and pepper
2) Heat your wok/ frying pan on high heat
3) Add oil and then add half your lamb pieces. Sautee for about 5 minutes. Remove excess liquid and add ½ the sugar. Continue sautéing until lamb is dry and crisped on the outside. Add a dash of soysauce to the hot lamb.
4) Set aside and repeat with the second batch.

1) Cook the fettuccine to al dente as per packet instructions
2) In a mixing bowl, wisk the sesame oil and oyster sauce together
3) Toss with the cooked fettuccine

1) Serve with any greens, such as, Chinese broccoli, Bok Choy

1) There is no salt in this dish by design and it is not simply an oversight. The soy sauce is salty and does not require any additional salt
2) Removing the liquid at the wok frying stage is important as it removes a lot of the fat and it allows for the lamb to have a ‘sizzled’ taste.

What he couldn't remember cooking??? he used to do it aaalll the time and very good too!!! I remember the same recipe also allowed for chicken & prawns (together) … It is what we now (at my home) we call ' Singapore chicken '. You need to include the sugar in step 1 (forgot) and also he would put some fresh red chilis to marinate in the soy sauce (that's because Singaporians like it all very hot!) I will put my chicken version in my blog sometime nxt week:-) x Carmen

I agree with Carmen ! If you can get this dish right…and the secret seems to lie in knowing exactly when to drain the liquid and quickly refry…it is SO GODDAMM tasty. Especially with a bit of chilli oil drizzled over the top (i passed my exams by the way)

I made this dish today for our family dinner. It was a huge hit!!! my fussy 5 year old even ate all his lamb.. Which in our household is a huge thing.
My husband.. on his first bite was where is the sauce.. but once he had the meal together he was satisfied. I made it with bok choy!!!